We have designed newspaper racks that are introduced in 100 stations of New York City subway.

The Metropolitan Transportation Authority (MTA), responsible for public transportation in the City of New York, announced an agreement with publishers of free daily newspapers that will stop the physical distribution of newspapers in the subway. The aim of such decision is to prevent the excess trash in the stations. Leftover papers contribute to the amount of trash, which is the reason for track fires. Therefore, MTA decided to prohibit the hawkers from distributing newspapers in the subway areas. Instead, the self-service racks are introduced.

In cooperation with MTA and one of the biggest free daily newspaper publishers Metro New York, Decona has designed the self-service racks for the subway. The racks allow Metro New York to continue distribution inside subway stations. According to distribution program, 285 new racks will be installed in 100 MTA stations. Each rack can place up to 700 copies of newspapers, providing easy access to daily news. The design of metal racks follows the safety regulations, with the racks being completely see-through in order to prevent insertion of anything other than newspapers.

Newly designed racks ensure that free daily newspapers are available for commuters inside subway stations across New York City and bring mutual benefits to all parties. We are happy to be a part of MTA’s partnership with Metro New York and contribute with the design solution. 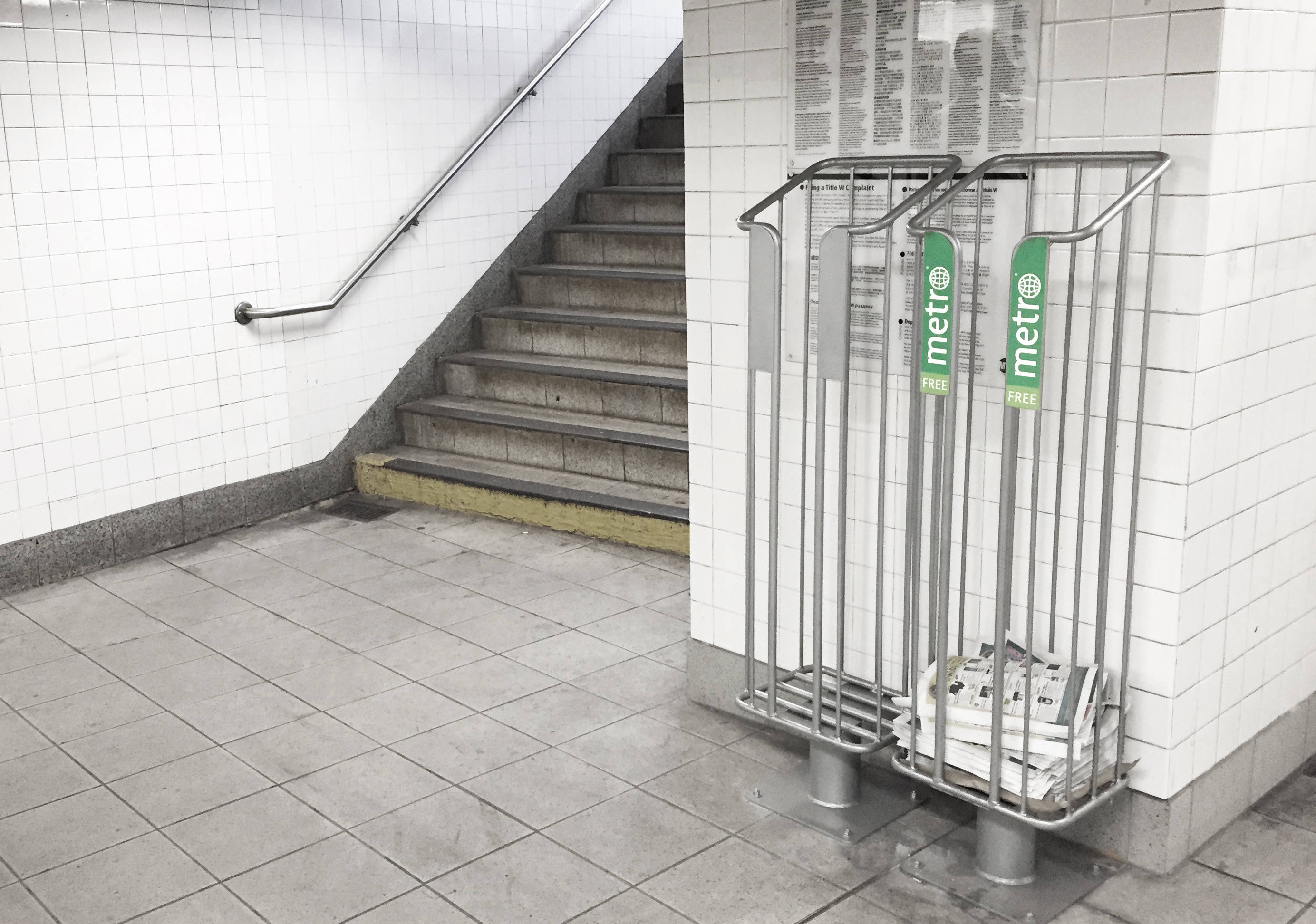